Keeping the Faith: The E2.0 Evangelist 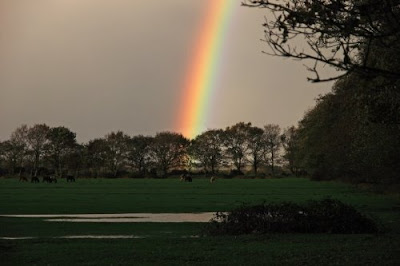 It's said that when asked if she would join an anti-war protest, Mother Theresa responded that she would rather be pro-peace.
I was reminded of the Mother Theresa story in a post by Euan Semple and it was timely for me after a long week.
Many of us who push the concepts of social computing, and enterprise 2.0 are often referred to as "evangelists". From my experience, this is a pretty good way to describe what we do. We spend huge amounts of effort & time bestowing the values of engaging employees, providing them an opportunity to be heard, to really collaborate en mass.
And we have to do that without having hard "proof". Belief without proof? Well, I guess that's referred to as faith. Considering the number of blogs I have seen that talk to "trying" to calculate an "ROI" for Enterprise 2.0, I am guessing that several others share this challenge on selling the concepts of social computing in an organization. It's hard, it's really really hard!
So why is it so hard? Well, corporations are often geared towards "risk management". When I've had to push concepts of social computing in my professional career, I have on several occasions encounter folks that jump to "risk management". Why not? Haven't we trained people to think this way?
Companies often say they want to promote "risk taking" and "innovation" but we don't reward them for that. The truth is that we ask for this, but when we take a risk and it doesn't pay-off, the company often comes down hard on those people. Actions speak louder then corporate messaging. Over time, we train people to be risk averse. You won't get fired for NOT adopting social media in the company.
When did all the departments shift from being centres of excellence to becoming "risk management" centres? Human Resources (HR) is about what we shouldn't do. Corporate Communications is about what we shouldn't say, Finance is about what we shouldn't fund. Someone help! We are "risk managing" ourselves to death!
Perhaps the pendulum has swung in the wake of the big corporate scandals. Perhaps it's just reinforcing Maslow's hierarchy and we're too busy worrying about survival that we're nowhere close to self-actualization. Whatever the reason, one thing is clear, and that is the challenge ahead of all E2.0 evangelists is enormous.
But keep faith my friends! Because in your organization, there will be people that "get it". That will support your concepts. They may not get it yet, but they will. Because what you're evangelizing isn't about a bunch of technology. It never has been. It's about the human potential. About a more efficient and effective way to collaborate. Collaboration is the ENTIRE reason a company exists. That's why we brought people together, because we could do more together. Our perspective needs to change and you need to be that agent of mental change management. In a way, you too are managing risk. The risk that your organization will be irrelevant if doesn't start thinking about what social media means.
I'll give you a tip. There is no "one way" to succeed. I've seen top-down, bottom-up, middle-out evangelism that have all been successful. There are several tactics you can use, but I'll save that for another post. For today, I just wanted to remind you that it's worth the effort and you're not alone! Don't give up.
Posted by Rex Lee at 7:13 AM

I arrived at your blog via Andrew McAfee. I liked what I was reading and then came to this:

"Because what you're evangelizing isn't about a bunch of technology. It never has been. It's about the human potential."

Fantastic! I have been following E2.0 / social networking for ages. It is the potential these tools provide for releasing human potential that excites me.

I have always been depressed by how much human energy, capability and creativity is squandered in organisations. My doctoral thesis was on employee empowerment (dreadful word, love what it stands for!) linked to tacit knowledge.

I am glad there are influential and enthusiastic people like you around. Thanks for a great post.

Thanks Anne Marie for your note. I wrote this post after a tough week of re-explaining the potential and upside of engaging employees. I've received a few direct notes on this, so I suspect there are several of us in the same zone. Cheers. Rex

I know you wrote this blog a while back but I just re-read it today and it still so thru! I am preparing my self to give a (3 days) training to some managers about the benefits of Social Networks and I know I will have a lots of questions (ROI, should we block access, wich platforms are the best,what are the value, etc...) I am trill to still be evangilist (on my own style)but your post make me fell good! Sometime I feel like an Alians because in Québec, very few compagies see the value of social networks http://barometre.multiple-media.com/?p=152 (I know it's in french but good numbers)Cheers! Sophie