How Does Change Happen? 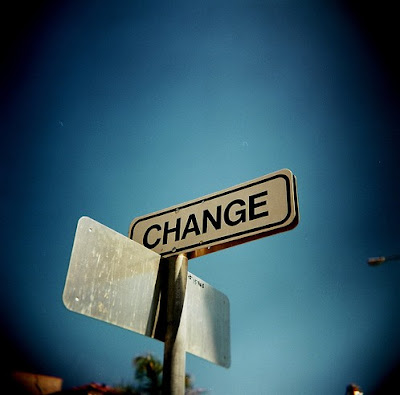 Jennifer Corriero, co-founder and Executive Director of TakingITGlobal, a non-profit organization with the aim of fostering cross-cultural dialogue, strengthening the capacity of youth as leaders and increasing awareness and involvement in global issues through the use of technology, recently wrote a poem entitled How Does Change Happen.

I thought I would share it with you as I felt it reinforces how hard change is, and how we can't really think out of the box because the box is the culmination of our experiences and education.

Enjoy...
How does change happen?
By Jennifer Corriero

And so we ask ourselves
Where we stand, where we shine and where we fly.
We ask whether or not
we are defined
by the roles we take
or the collective outcomes that emerge
when our efforts and beliefs collide.

Is it magic or tragic that we disagree?
Posted by Rex Lee at 5:43 PM

That is a beautiful poem. It resonated with me on many levels. Thank you for sharing it!

I was wonder why no new blogs? Have you read Drive by Dan Pink? I wondered what you thought of Motivation 2.0
Jim Hayward